On your way to meet a Filipino family or perhaps you’re part of one? Here are pronouns for calling family members, parents, and friends in Tagalog.

Before the Spanish colonization of the Philippines, Tagalog was written with an alphabet called “baybayin”. Sometime in the 17th century, Latin letters were introduced to the Filipino culture and Tagalog language. Latin characters have since replaced the old baybayin characters. To learn Tagalog as it is spoken now, you must learn the Modern Filipino Alphabet which is improved from the Abakada alphabet.

In the early 19th century, the abakada was compiled and developed as the official alphabet to represent the sounds in the Tagalog language. It is comprised of 20 letters.

The majority of words in the Tagalog language will be comprised of “Abakada” letters, so get to know them well and practice your pronunciation!

The Modern Filipino Alphabet takes the 20 letters from Abakada and adds 8 new consonants for a total of 28 letters.

There is a small number of colors with Tagalog translations. English and Spanish words are commonly used in Filipino culture. It is also common for people in the Philippines to use a Tagalog word for describing a range of shades for particular colors.

Ikaw?
How about you?


Mahal kita.
I love you.

There are two official pronouns in Tagalog for genders (binary) and many varying slangs for non-binary gender pronouns.


deretso
straight ahead
ikot
turn around

Food is often seen as the gateway to a country’s culture. The Philippines offers various delicious foods, dishes and local fruits. 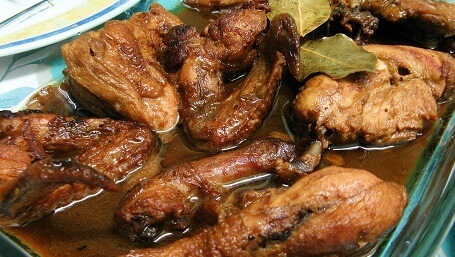 
Ano ang pangalan mo?
What is your name?


Kailan ka natulog?
When did you sleep?


Alin ang gusto mong amoy?
Which smell do you like?


Saan ka matutulog?
Where will you sleep?


Bakit mo siya inaway?
Why did you fight him?


Paano ka nakauwi kagabi?
How did you get home last night?


Magkano ang tubig?
How much is water?

Tagalog On The Spot

Slang Of The Day

Tagalog Basics teaches the beginner levels of the Tagalog language in easily understandable ways and help visitors of The Philippines with conversing with local Filipinos.